The ‘Nailed The Dream Home’ Look

Buying a home, old or new, in Sydney’s Northern Beaches is well outside the budget for many young families. When accountant Mika spotted land for sale in Church Point, he was quick to snap it up, even though it was something of a surprise for his wife Milly, a teacher.

“I bought the block of land and Milly wasn’t sure at first,” says Mika. “But with the home we have now, she definitely doesn’t want to leave.”

Inspired by older classic homes in the area, the couple mixed it up with Hamptons style colours and features to create a home that has a timeless elegance and fresh coastal feel. And it’s spacious enough for their growing family. When they bought the land, the couple had a 1 year-old and were expecting their next child. So having plenty of space was an important priority too.

A BREEZE TO BUILD WITH

With Linea™ Boards, we got the look we wanted and our builder said the product is easy to use, cuts cleanly, doesn’t shrink and is a breeze to paint. This is definitely our dream home.

Their builder chose LineaTM weatherboard as the primary material for the project, because it has the right look and was so easy to use. Linea is a fibre cement board offering a weatherboard effect that’s remarkably authentic, thanks to it’s extra thick 16mm profile. It’s highly resistant to fire and termites and won’t shrink or warp as real timber boards do.

“Everything about the project started from the Linea board,” says Mika. “Our builder likes it because it’s quick to install, cuts cleanly, doesn’t shrink and paints well. And while the appearance of Linea is excellent, it actually brought us in under budget. For the look you’re getting, it’s fantastic value.”

STANDING OUT FOR ALL THE RIGHT REASONS

Milly and Mika aren’t the only ones who appreciate the striking good looks of their new home. Their property is well known throughout the neighbourhood and attracts plenty of interest. According to Milly, lots of people stop by to ask about the build and the colours they’ve used. 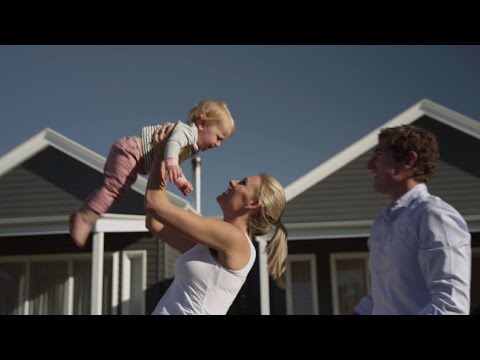 “Everyone around here knows the house when we describe it,” says Mika. “People think we’re rich because of the the look that we’ve got and I think they’d be surprised to learn what we paid for it.” So while they might have started their new home project with mixed feelings, the couple are 100% proud of where they now live. It’s a genuine dream home for Milly, Mika and their kids. “A lot of people our age have to compromise on where they’re living and the style of home they’ve got,” says Mika. “We feel that we haven’t had to do that at all.”

An unexpected modern renovation hidden behind a heritage facade.